We are a full-service Art and Architecture studio working across Residential, Retail and Event projects, in addition to producing our own furnishings.

Focusing on collectible arts, our studio is an evolving showcase of our design ideas and passion for preserving original art and architecture.

All pieces are for sale.

In a world of overproduction and overconsumption, we believe in bringing back alive historical arts, traditional craftsmanship and design with a purpose or raison d’etre.

Valuing the strength of the collective mind, we believe authentic creativity comes from collaboration – not only with our customers, but also with our community.  Our relationship with talented artisans is essential in defining each project.

Engaging with the past to create the future, our aim is to design space that is both timeless and honest, telling a story about its owner. 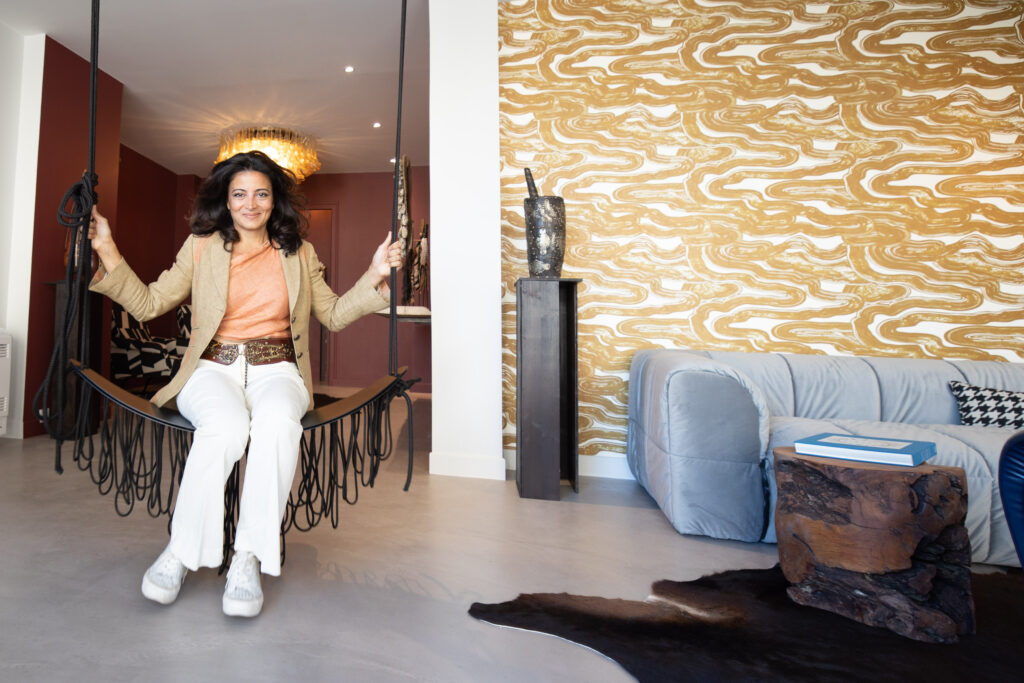 After years of being shuttled to remote mining sites accessible only by air, Marjan Ertefai – formerly a commodities fund manager – launched an Art & Architecture studio on Lake Annecy, France.

Before it characterised her attitude to design, this willingness to tread into unfamiliar territory described her approach to her career, both figuratively and literally. To inspect distant mines, Marjan has travelled to some of the most remote destinations, from the Siberian taiga to the jungles of Papua New Guinea. In her off hours she explored local markets and antique bazaars, bringing home tokens of her travels, sparking her passion for collecting.

Born in Iran and raised in New York, Marjan broadened her passion for design at the Architectural Association in London.

Valuing the strength of the collective mind, her relationship with creative artisans, passion for preserving historical arts, and continual foraging play an integral role in developing each project. A fresh narrative has resulted in a body of work that is both timeless and honest, creating space with memorable identity.

0
0
Your Cart
Your cart is emptyReturn to Shop
Continue Shopping
Notice: Trying to access array offset on value of type int in /home/xnxg8278/public_html/wp-content/plugins/side-cart-woocommerce/templates/global/footer/buttons.php on line 32

Notice: Trying to access array offset on value of type int in /home/xnxg8278/public_html/wp-content/plugins/side-cart-woocommerce/templates/global/footer/buttons.php on line 32