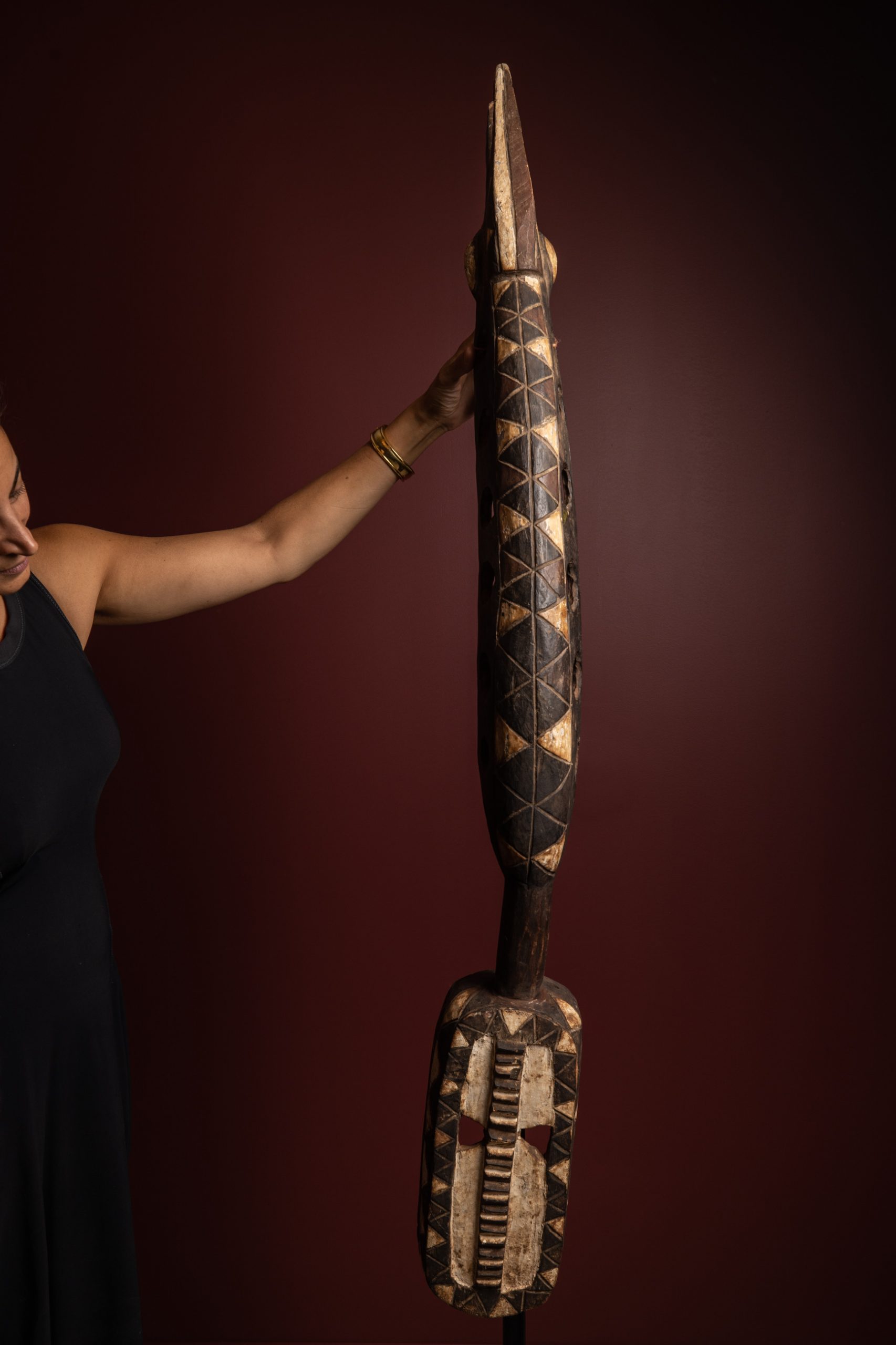 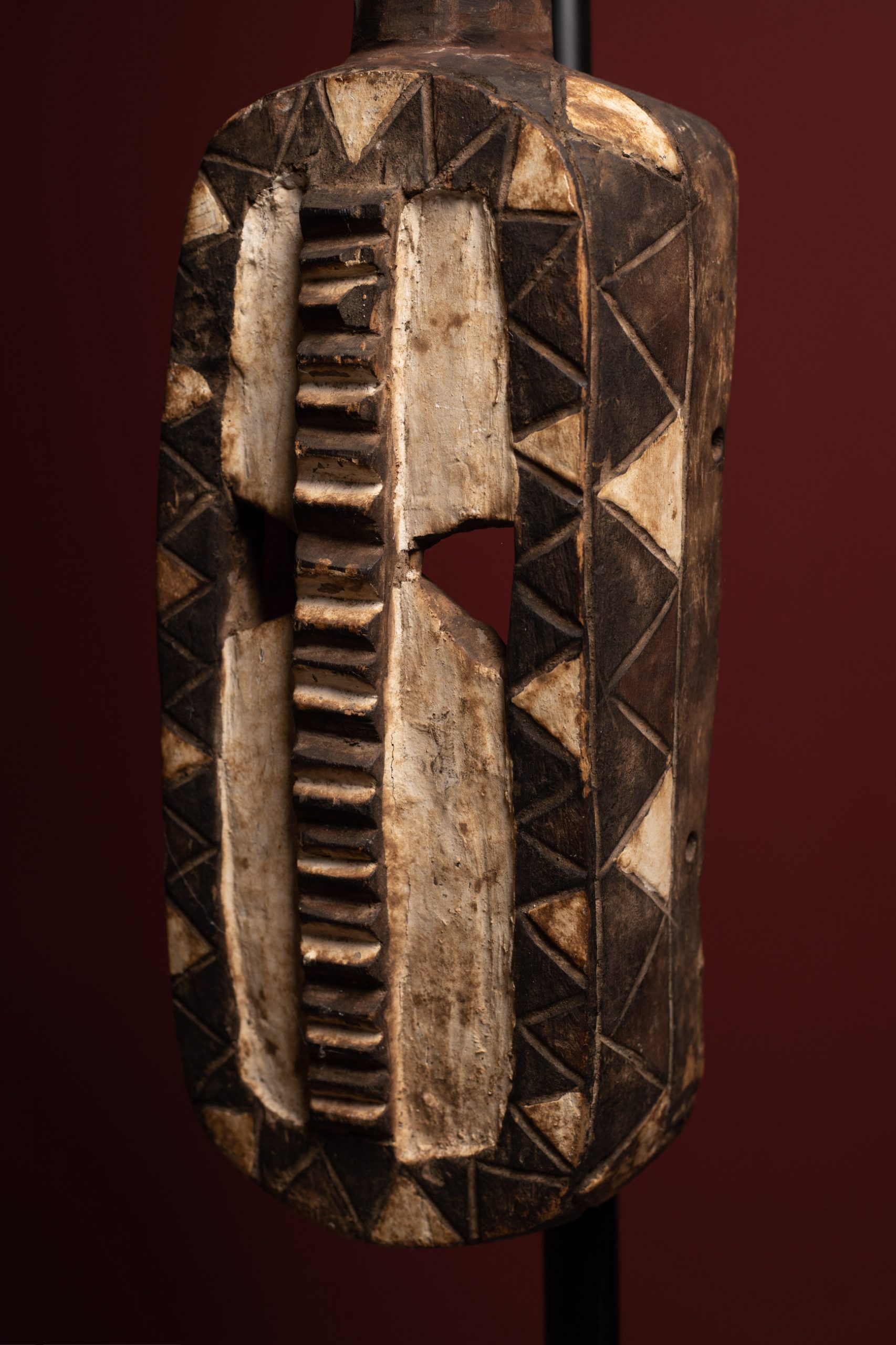 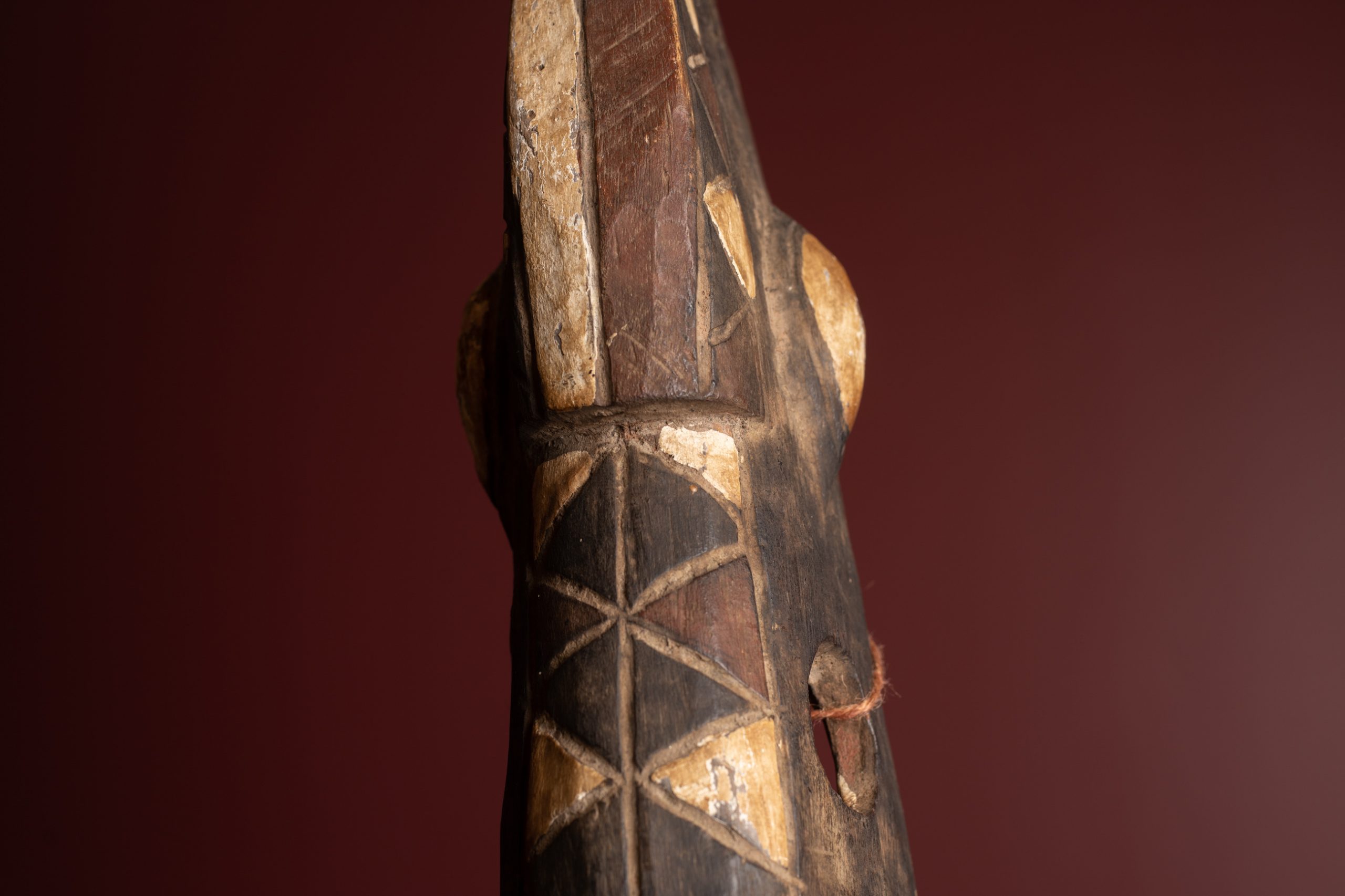 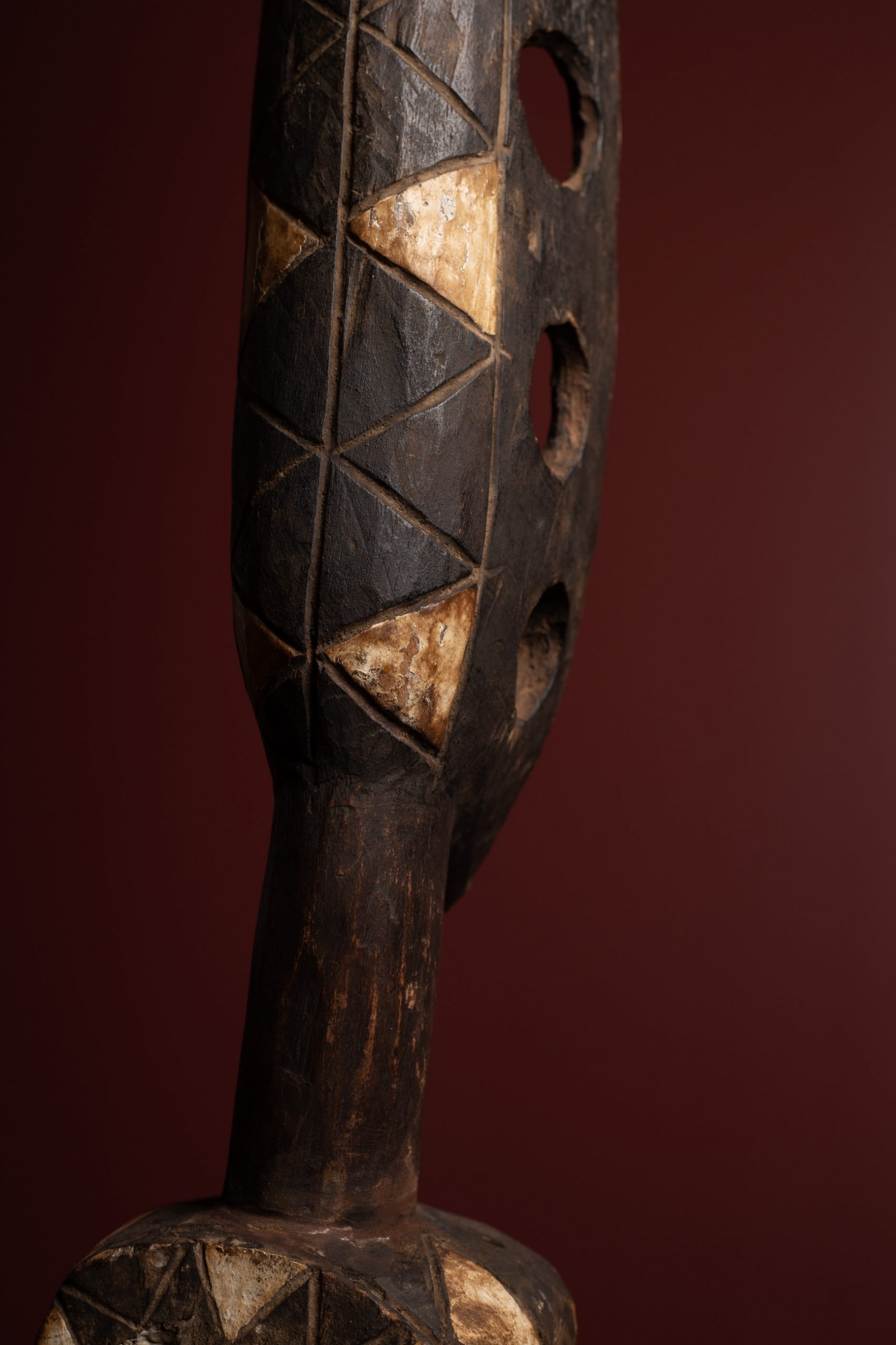 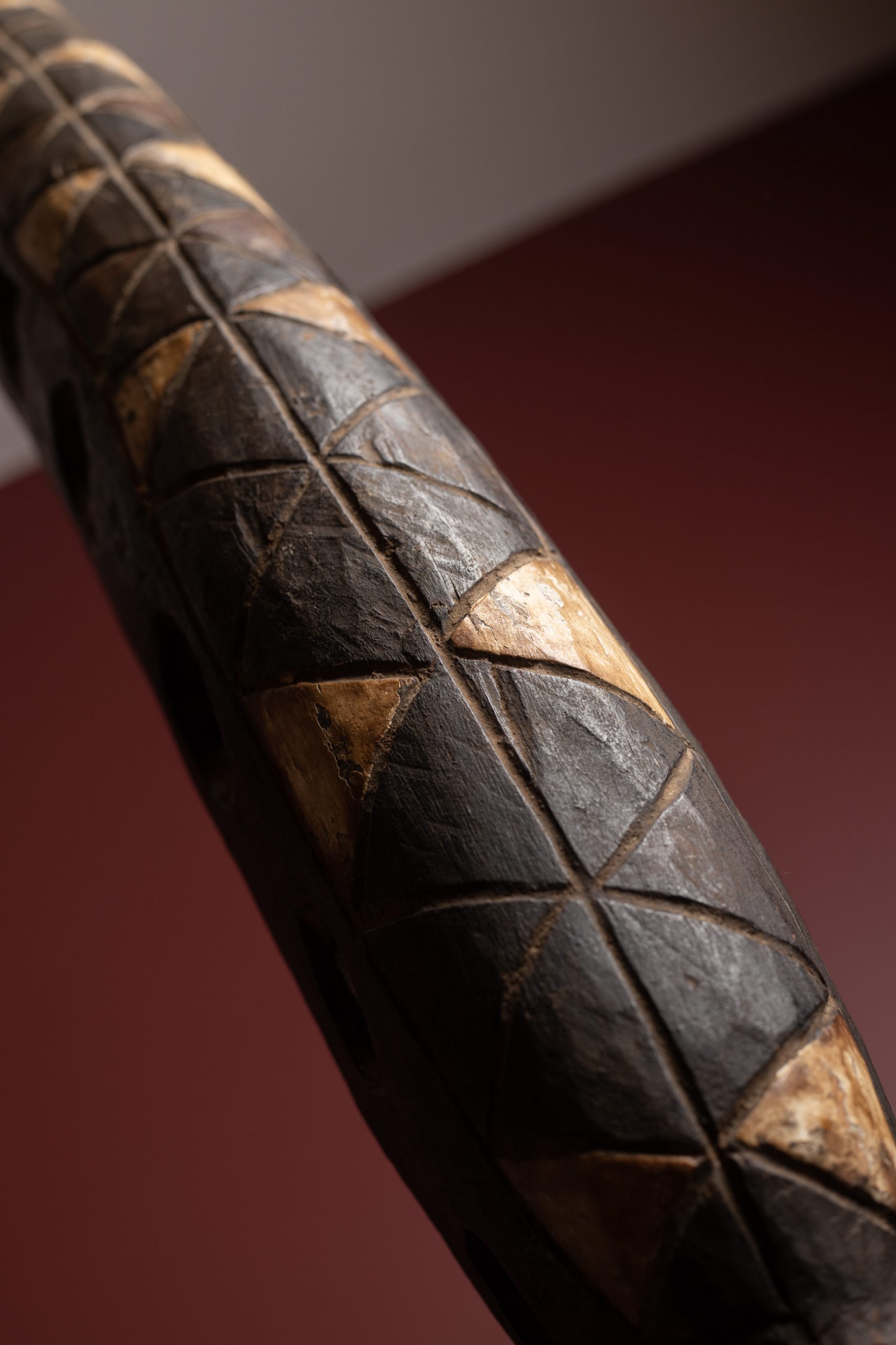 Dogon masks, such as this one called kanaga, are worn primarily at dama, a collective funerary rite for Dogon men. The ritual’s goal is to ensure the safe passage of the spirits of the deceased to the world of the ancestors. The ceremony is organized by members of Awa, a male initiation society with ritual and political roles within Dogon society. As part of the public rites related to death and remembrance, Awa society members are responsible for the creation and performance of the masks.

Like other Dogon wooden masks, kanaga masks depict the face as a rectangular box with deeply hollowed channels for the eyes. The body represents a crocodile. Crocodiles are considered a fierce but protective spirits in Dogon culture.