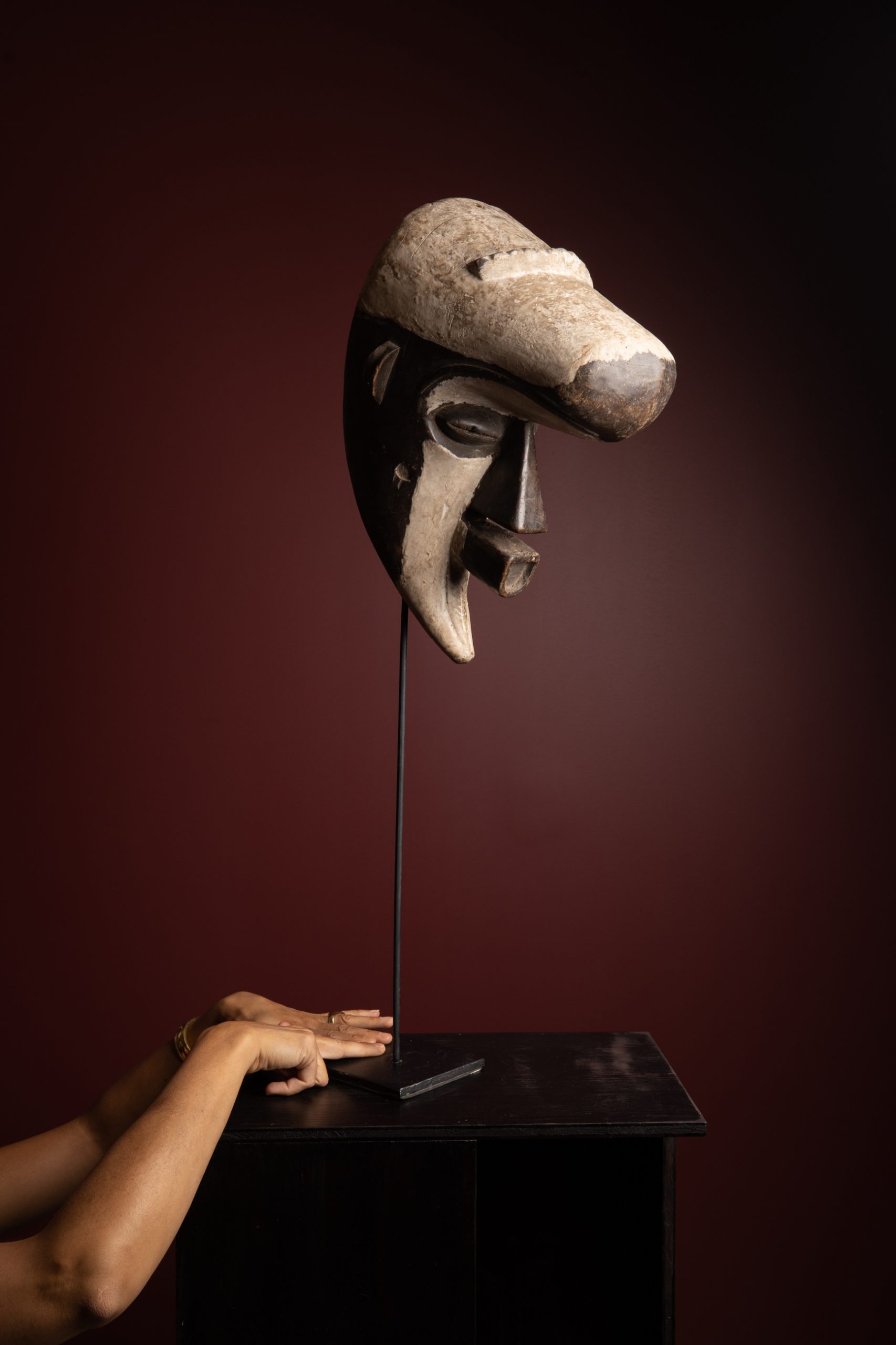 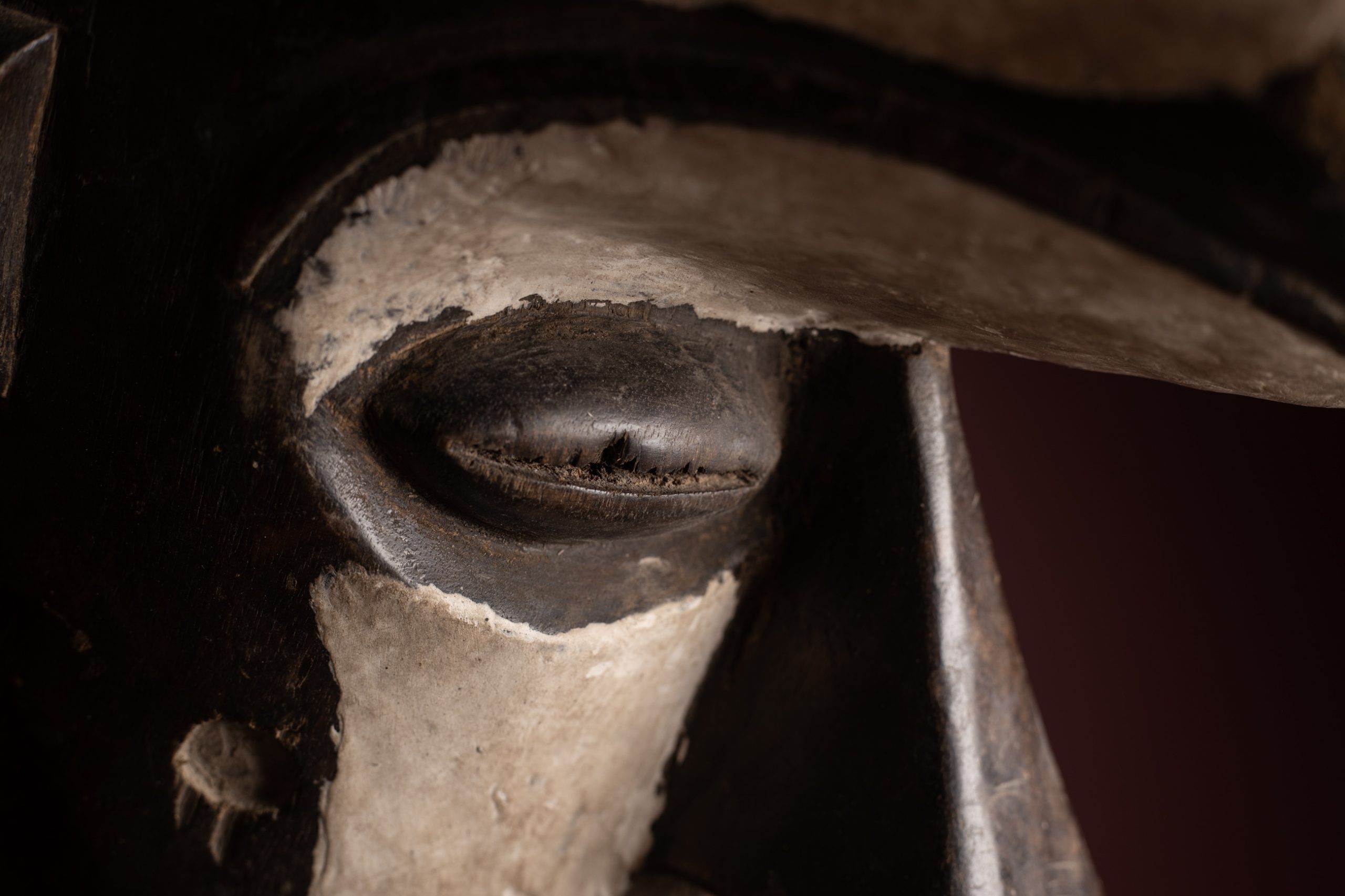 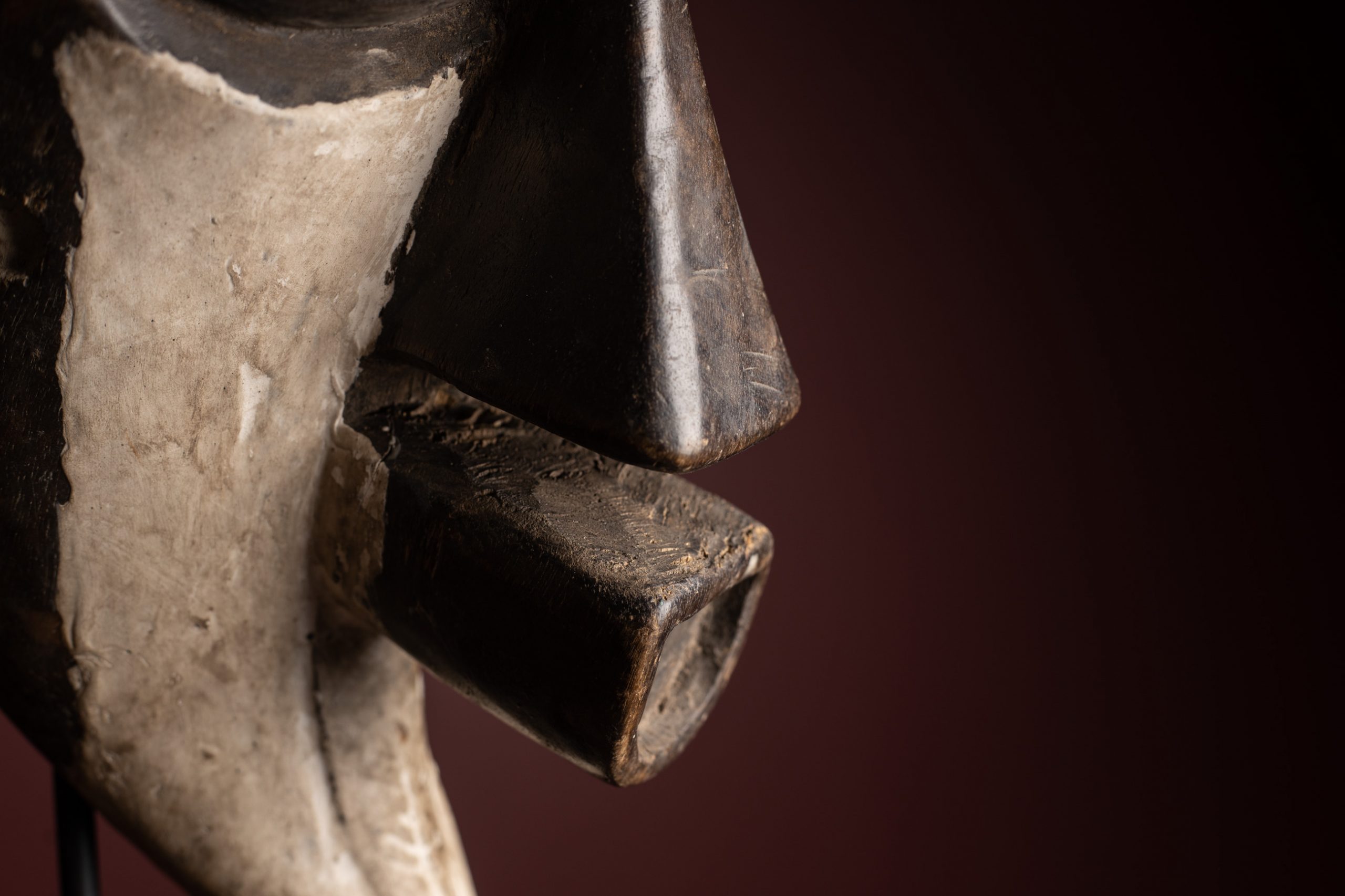 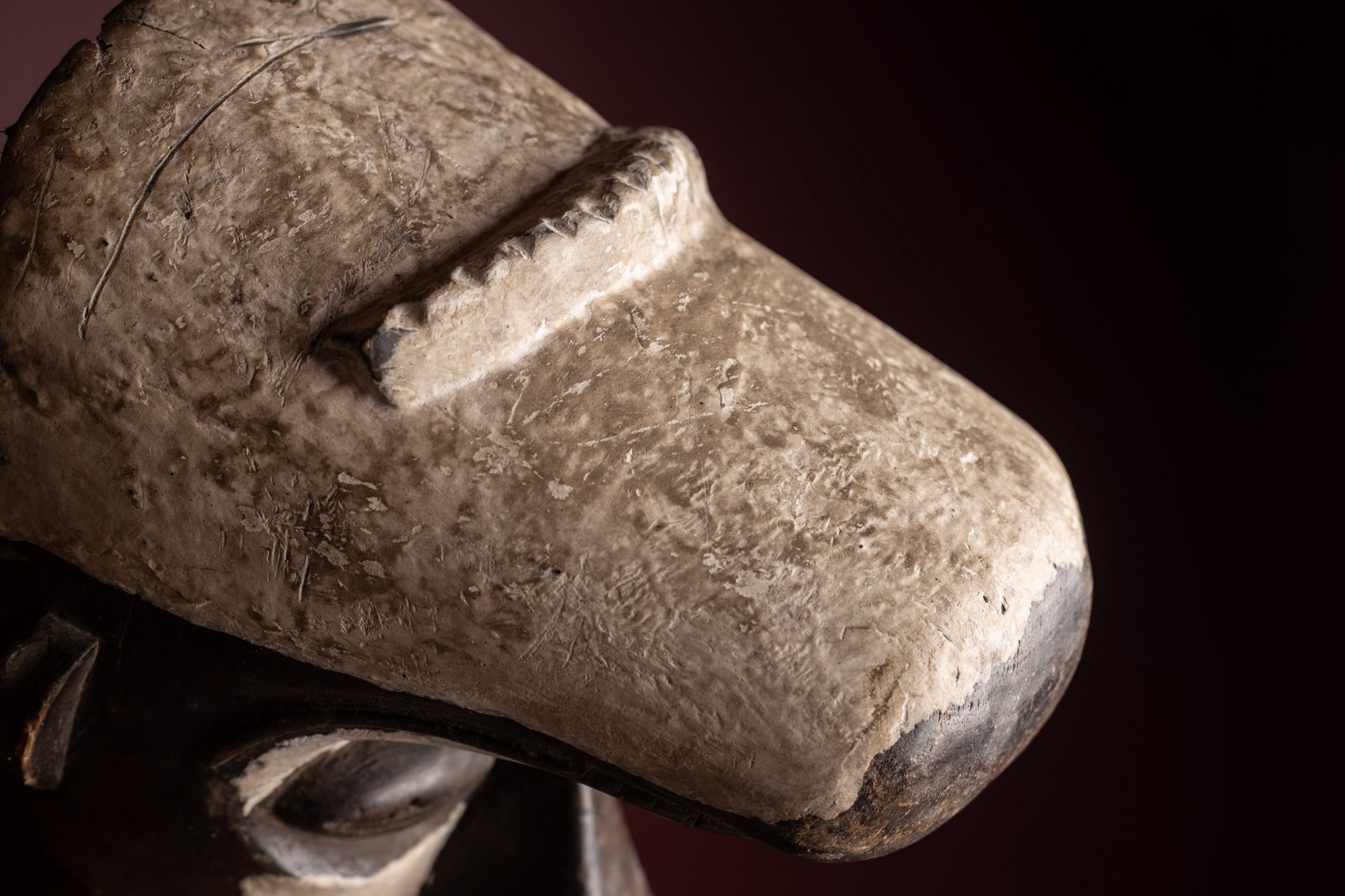 Lwalwa people inhabit the triangle formed by the Kasai River and its tributary, the Lweta, southwest of the former Kasai province, Democratic Republic of Congo. Geometric in appearance, this Mvondo mask has an enlarged angular nose (modelled after a bird), protruding mouth, and slanted eyes all set on a deeply formed forehead. It was typically worn during rituals by the Lwalwa when hunters returned empty handed, as well as for male initiation and circumcision. Mvondo are carved from mulela wood, and coloured with a dye from the fruit of the mukula tree, also called the ‘sealing wax’ tree.